In keeping with gliding's BADGE tradition, we have come up with a uniquely NORTH HILL badge, aimed at inspiring pilots to go in search of adventure and in so doing become part of THE NORTH HILL SOARING SECTION.

THE SOARING SECTION is more representative of an ATTITUDE to gliding than of a specific set of achievements but we needed a way to determine a measurable entry requirement and it was decided that posting 6 flights on the BGA ladder in one year was a good solution.

The length or speed of the flight is irrelevant. – It could be just NORTH HILL / CULLOMPTON / CULMSTOCK / NORTH HILL – but you have to post it on the BGA LADDER for it to count towards your six flights.

Posting flights on the ladder is good for the club and good for the gliding movement because it provides a data base of measurable activity that might prove invaluable in protecting our Airspace freedom in future negotiations with Exeter. Let's put DSGG on the map! https://www.bgaladder.co.uk/Enquiry.asp

The badge itself is a small enamel Albatross which can be worn discretely while quietly alluding that the wearer is an adventurer at heart, pushed him or herself into the unknown realms of personal discovery and in so doing has become part of the North Hill Soaring Section.

2013 saw a further increase in the trend by club members posting flights on the ladder, although much of the increase can be attributed to Pete S retiring, it is very encouraging to see more members taking part and venturing further afield. All told 173 flights were uploaded by 30 members and a total of 23916 km were flown.

2014 was a pretty good year for North Hill pilots with many new people adding their flights to the ladder but unfortunately also with some previous entrants not posting any. This gave us a total of 176 XC flights and 9 height gains posted by 31 members. A total distance of 21736km and 83716' of altitude gained.

2015 was a relatively poor year for cross-countries starting at North Hill, and the National ladder had almost more flights posted by DSGC members from other sites than at home. 96 flights from North Hill flying 11,569 Km by 27 pilots.

2017 -same again and slightly worse cross-country flying weather with low cloudbases - 61 flights, 9,043kms and only 9 pilots posting on the ladder. The exception for the year was the first week in July with Competition Enterprise 2225 launches and 20,258kms recorded by the organisation (not many flights were entered on the ladder). 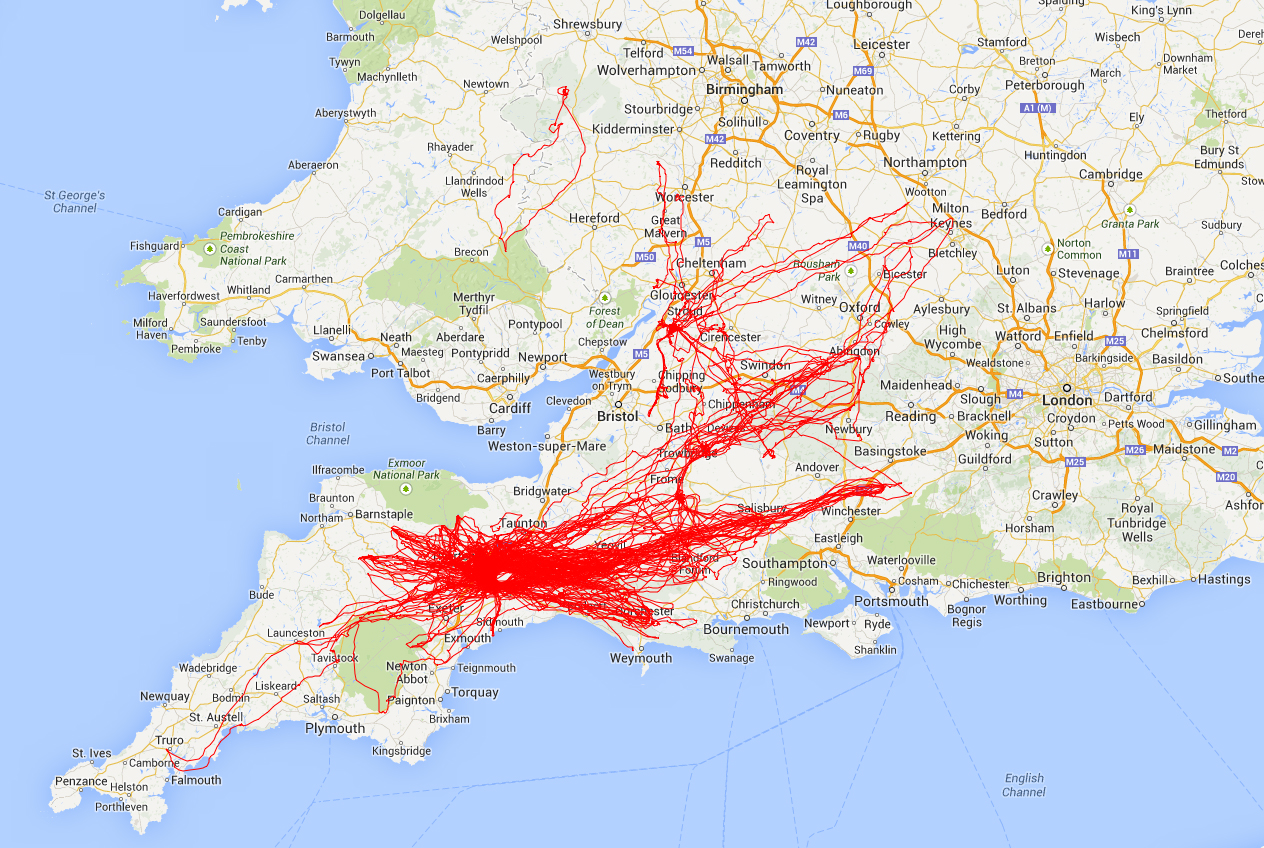 Instructor of the Year Trophy